The greatest challenge in the construction industry

The greatest challenge in the construction industry 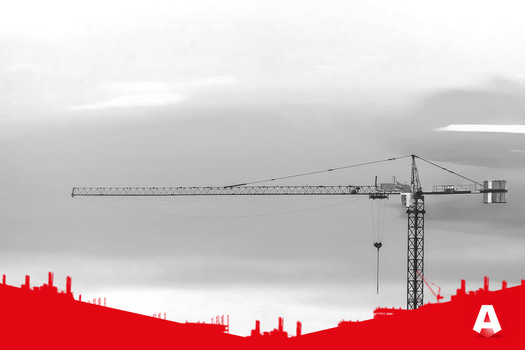 Even though technology for construction has seen a lot of investment over the last few years - from digital records and 3-D imaging systems to smart construction software and drone technology, productivity still eludes the industry.

In fact, construction holds the dubious honour of having the lowest productivity gains of any industry. In the past 20 years, the global average for the value-added per hour has increased by only 1% a year, about one-quarter the rate of growth in manufacturing.

This lack of productivity is caused by several things, including the age-old problem of broken communication, lack of common goals and incentives, fragmented value chains and sub-optimal contracts. The industry has also become less capital-intensive, with cheap workers replacing more expensive machinery.

And then there is the issue of fragmentation. In Europe, there are over three million construction firms with an average of just four workers. Competition is fierce and profit margins are thinner than for any industry except retail. And slim margins make investment even less likely. Often projects have more than a dozen subcontractors, each keen to maximise profit rather than collaborate, or innovate, to contain costs,

Little wonder, then, that many projects are often several times over budget, afflicted with tens of thousands of building errors in need of fixing. Apple’s new headquarters in Silicon Valley, for example, opened two years behind schedule and cost $2bn more than budgeted. Smaller projects have similar woes. One survey of British architects found that 60% of their buildings were late.

The fact that is now possible to build our projects twice - once digitally, and once in the field - to identify and solve issues prior to the start of onsite construction, holds much promise, and more builders could use computer-aided design, as is standard among architects, for example.

Other methods, however, are in earlier stages, but show equal promise, such as remote-controlled cranes and self-driving bulldozers (Komatsu, a Japanese equipment-maker, is developing the latter).

The creation and application of such new technology is critical for long-run productivity growth, particularly as there is clear and robust evidence of a link between R&D spending and productivity.

There is absolutely no doubt at all that technology can help tremendously in helping the industry to be as efficient as possible while minimising errors, although construction companies must first be prepared to change traditional methods and adopt transformative technological developments for current projects, particularly as the industry faces a future filled with complex challenges — health, innovation, productivity, safety, security and talent, to name a few.

Innovators across the industry need to be at the forefront of the discoveries that will not only underpin the productivity of construction projects, but will ensure sustainability, through the accumulation of lower costs, shorter delivery times and reduced environmental impact.

Have a question about the CuttingStation SS7? Your questions answered here...